You can’t really get to know a city with 8 million residents in a 4 day visit.  Bogota (photos) is described as a collection of 1,000 neighborhoods, each lending its own unique flavor to the whole.  We were only able to focus on the portion in and around La Candelaria, where the city originated.  Bogota’s Spanish era began in 1538 but the valley containing it was originally inhabited by one of the most advanced pre-Colombian Indian groups, the Muisca. 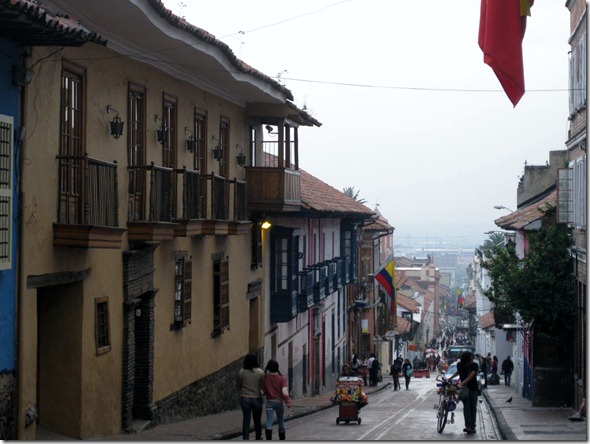