During the 1970’s, various leftist Marxist groups in Argentina agitated for economic and social improvement.  Some of the groups carried out attacks on police and military targets and it’s thought that they were responsible for thousands of deaths through killings, kidnappings and bombings.  In 1975 the military and police were empowered to “annihilate” the left wing subversion.

In 1976, the military removed the president and suspended the Congress.  The Dirty War was a period between 1976 and 1983 when Argentina was ruled by this military dictatorship.  During this time, the military actively sought out those that were considered to have participated in the earlier attacks on the government.  Anyone associated with activist groups, journalists, students and trade union members were kidnapped, tortured and killed.  Estimates are that as many as 30,000 people were killed during this period.  These were The Disappeared. END_OF_DOCUMENT_TOKEN_TO_BE_REPLACED

In the heart of Buenos Aires, representing the political center of Argentina is Plaza de Mayo.  Argentina commemorates two dates that were key to the establishment of the country, the Argentine Republic. 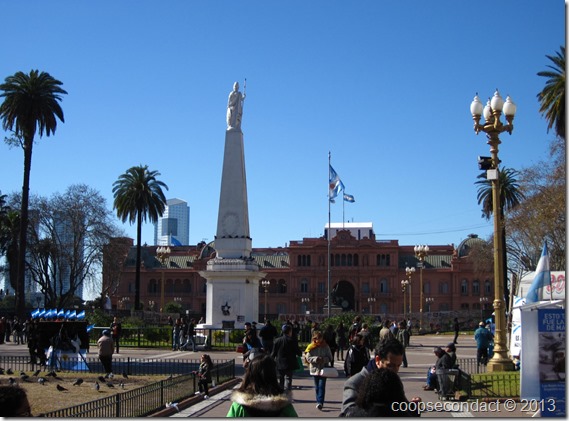 END_OF_DOCUMENT_TOKEN_TO_BE_REPLACED

Argentina and especially Buenos Aires, has a well ingrained “café” culture, both in the sense of the drink and the place where you go to have it.  Every block has at least one but more likely 6 places that let you know that coffee is available within.  And many of them will include cafeteria in their name.  Porteños, or residents of Buenos Aires do not get their coffee “to go”.  They don’t drink it while walking on the street or while driving the car or riding the subway.  They drink coffee in a café, and usually with a friend, co-worker or business associate. 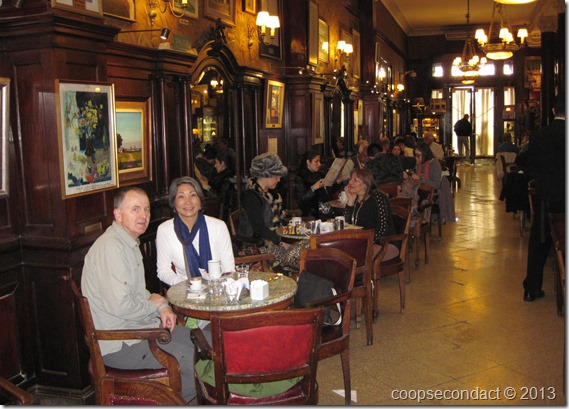 END_OF_DOCUMENT_TOKEN_TO_BE_REPLACED

Many of Buenos Aires’ most wealthy call Recoleta home.  Not all, of course, especially since in recent years property values in the newer, but perhaps less attractive neighborhood of Puerto Madero have eclipsed those in Recoleta.

END_OF_DOCUMENT_TOKEN_TO_BE_REPLACED

When we began planning for our visit to Buenos Aires, we knew that we would be there for longer than our average time at a particular location.  Also, we would use it as a base for our trip to Iguazu Falls and to Uruguay.