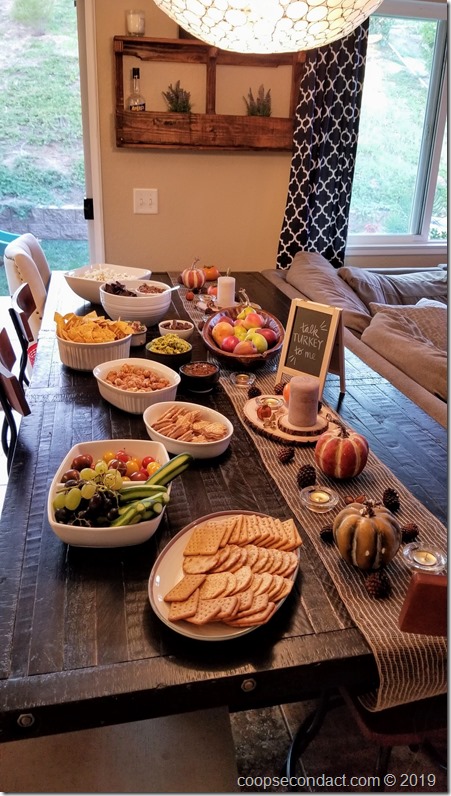 On November 16, Valerie’s son Jason and his wife Ashley hosted a pre-Thanksgiving dinner for a small family group.  They had a beautiful spread and everyone contributed some dishes to round out the menu.  It was a terrific dinner and a fun day visiting with family.

We thank Jason and Ashley for putting together this event.

The 2019 installment of the Cooper family reunion held at Eagle Cove Resort on Dale Hollow Lake took place on November 8-10.  Not much changed, which is a good thing.  Good times and good food.

On the front end we spend a couple of nights with my sister Sheila in Tullahoma, TN,  and afterwards we visited my brother on Nolin Lake in central Kentucky.

Our thanks to everyone for helping to make it a terrific visit with the family, particularly to Sheila, Hew and Nancy for their hospitality.

For those of us old enough to have been around during the presidency of Richard Nixon, we would recall that when the Nixons were able to take a break from Washington, they would head to San Clemente, CA, to “The Western White House”.  They owned an oceanfront estate there called “La Casa Pacifica”.  We weren’t able to stay at that particular property but we followed the Nixons model and took a short break in San Clemente, located about midway along the Pacific coast between LA and San Diego.

We’ve driven past San Clemente many times, traveling on Interstate 5 to or from San Diego.  This time we wanted to take a couple of days to explore this beautiful town and the surrounding area.  We enjoyed some fresh Pacific seafood and some nice hikes.

One of our special outings was to Mission San Juan Capistrano.  Many people know of the “miracle” of the swallows that return to this town every year on March 19th.  The story behind this is that a pastor of the mission was walking through town when he saw one of the shopkeepers using a broom to swat away the birds that were nesting in the eves of his shop.  He considered the birds to be a nuisance and wanted to get rid of them.  The pastor said, “Come on swallows.  I’ll give you shelter.  Come to the Mission”.  Since then the birds have returned to the Mission every year.

Mission San Juan Capistrano was established on November 1, 1776.  This is one of the 21 missions that would ultimately be established to expand the territorial boundaries of Spain and spread Christianity to the native peoples of California.  After 1812, the Mission began to decline.  Subsequently, it was sold at auction and was a private ranch property for 20 years.  Eventually, after California became a state, President Abraham Lincoln returned the property to the Catholic Church.  Today you can see the results from many years of preservation and restoration efforts. 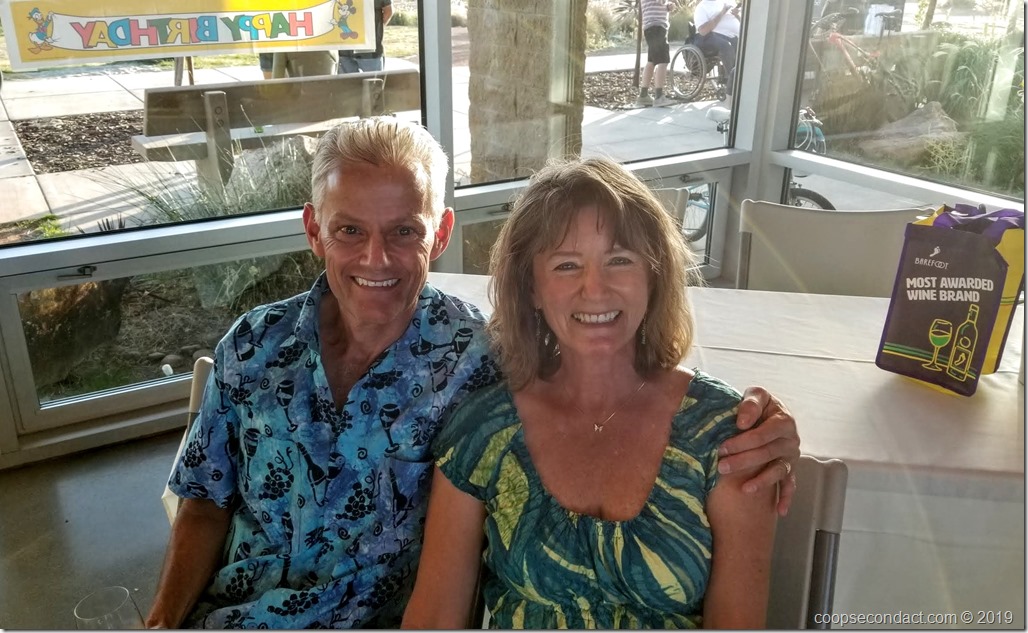 Our friend Tim Baker and his twin sister Cindy, celebrated their 60th birthday in October.  We were invited to join them at their party.  It was held at Sweetwater Regional Park in Bonita, CA, a little southeast of San Diego.

The party was really nice and very fun.  It was held in the community center at the park.  They had catered snacks and a live band.  We had a really good time and enjoyed meeting their family and friends.

Of course, Tim and Dinah live in Prescott, AZ, so they brought their RV so that they could park at Sweetwater for the party.  The park has a very nice campground with really spacious RV sites.  And, they generously invited us to stay overnight with them in their RV.

We were so happy to be able to share this special occasion with Tim.

On September 30th, Valerie and I accompanied Valerie’s mom, Umeno, and her mom’s good friend Kazuko to Las Vegas for a class reunion for graduates of Honokaa High School, Hawaii.  It was actually Valerie’s dad, Bob, who attended that school since Honokaa was his hometown.  But Mom has attended this annual reunion for many years and enjoys reconnecting with their friends. 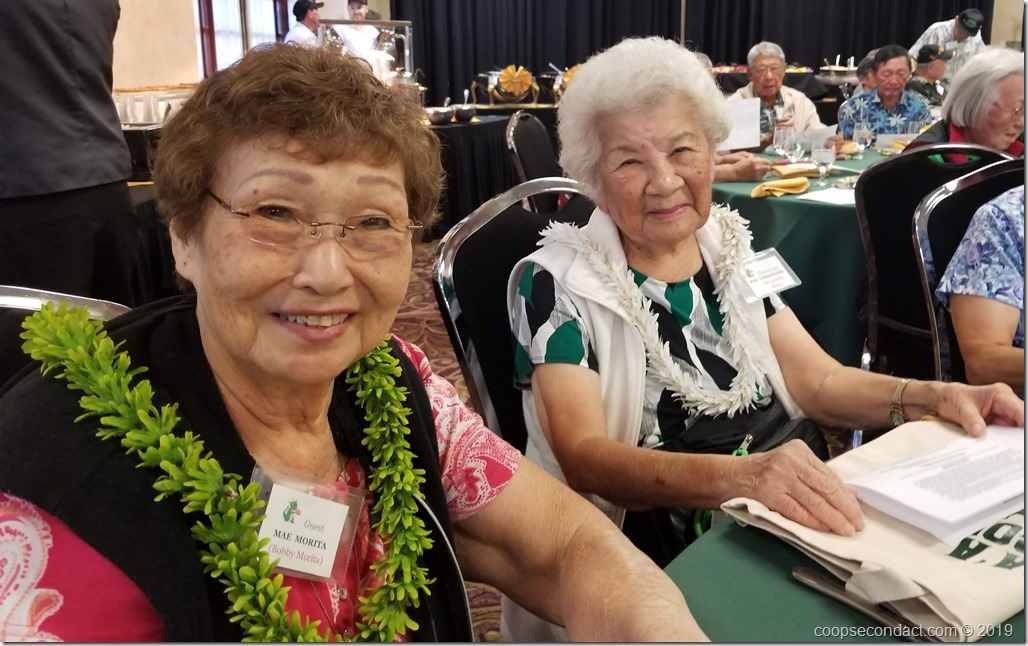 They invited graduates from almost any year so the group had representatives from something like 20 or 30 years of graduating classes.  They had a few events including a luncheon attended by the entire group with entertainment and prize drawings.

Since this was during the Octoberfest season, Valerie and I decided to check out Hofbrauhaus Las Vegas.  Earlier this year, while visiting Munich we went to the original Hofbrauhaus.  The Las Vegas location gets their beer from the brewery in Munich so it was an authentic experience.  It also gave us an opportunity to reminisce about our time in Germany only about 5 months prior.