Jennifer and Jeff invited us to join them for a kayak outing.  We parked at the Columbia Island Marina which is located in Virginia, near the 14th street bridge, just to the north of the Pentagon. 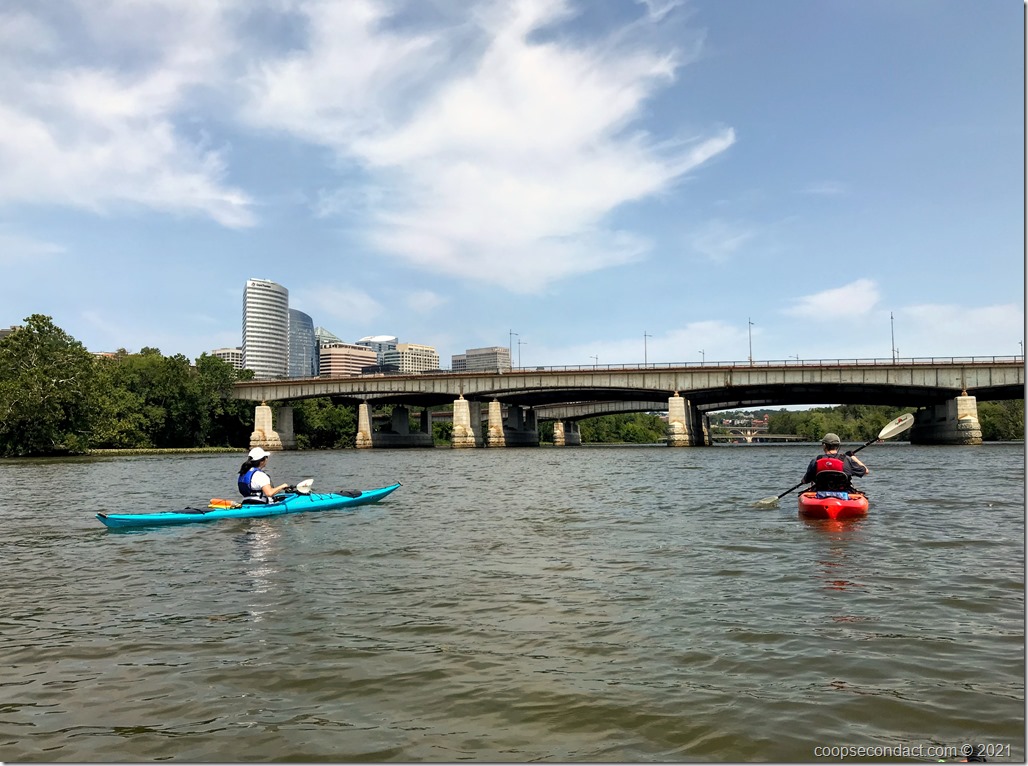 We put the kayaks in here and headed north to join the Potomac River near the Key Bridge.  We then paddled around the north end of Theodore Roosevelt Island and headed south almost to the 14th Street Bridge where we turned back into the marina.  (We explored Theodore Roosevelt Island back in 2016 where you can find a memorial to the 26th president of the U.S.)  Along the way, we had nice views of some notable Washington landmarks:  Lincoln Memorial, Washington Monument, Watergate Hotel and the Kennedy Center.

Once we pulled the kayaks out of the water we had a nice lunch at one of the picnic tables.  We had a great time and enjoyed the beautiful scenery and great weather.

One thought on “Columbia Marina Kayaking”