After our mini-vacation, we returned to South Lake Tahoe for a few final days.  The highlight of this time was a boat tour to Thunderbird Lodge.  Steve and Wende’s new neighbor in Tahoe runs these tours in addition to tours to Emerald Bay.  Their business is called Cruise Tahoe. 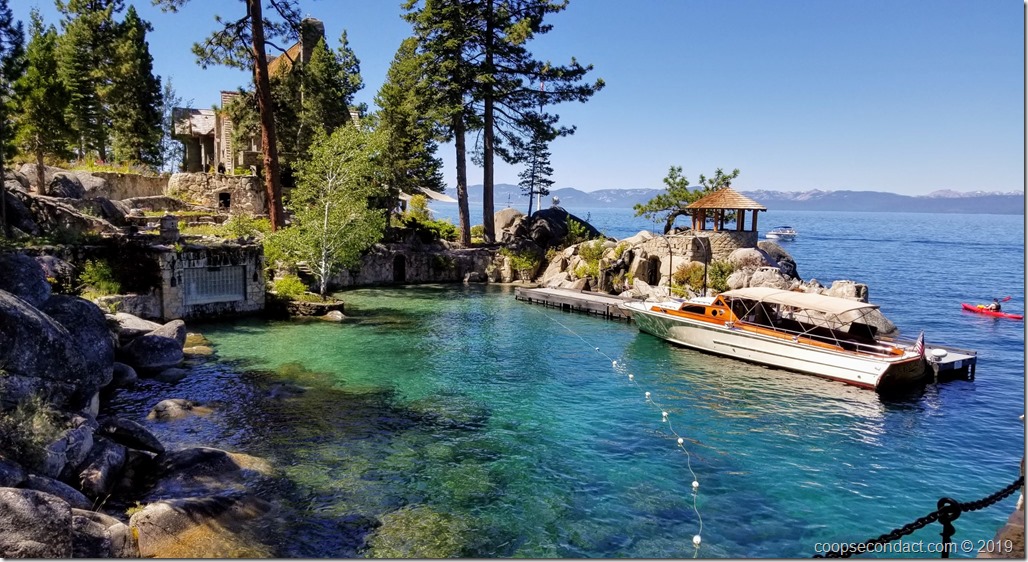 Thunderbird Lodge was built by George Whittel, Jr.  His father was the founder of PG&E, the northern California utility company.  Upon his father’s death in 1922, George Jr. received an inheritance of $29 million which he invested and grew to some $50 million.  Just weeks prior to the 1929 stock market crash, he sold all of his holdings.  In 1935, George purchased 27 miles of Lake Tahoe Nevada shoreline which encompassed 40,000 acres.  He continue to amass a vast majority of the land in Washoe, Carson and Douglas counties on the Nevada side of Lake Tahoe.

In 1936 he began construction of a summer residence, Thunderbird Lodge.  In addition to the main house, there are several other structures including a Card House, Caretaker’s Cottage and a Boathouse which is connected to the main house through a 600 foot tunnel which was carved through the underground stone. 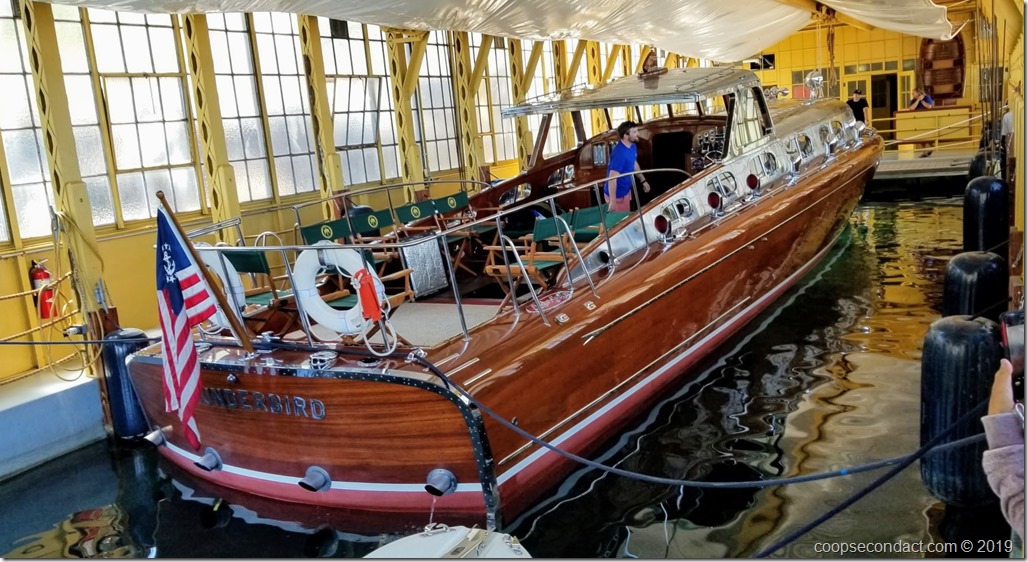 In the late 1930’s Whittel commissioned the construction of a 55 foot boat built with double planked mahogany and brushed stainless steel.  It was originally fitted with twin V-12 550 HP Kermath engines, allowing the boat to cruise Lake Tahoe at 60 knots.  The original cost for the boat was $87,000, about $15 million in today’s dollars.  The boat was eventually sold to casino magnate, William F Harrah who had it fully refurbished and fitted with two V-12 Allison aircraft engines, each developing 1,100 HP.  He had the boat returned to Reno each year where the mahogany was sanded down to bare wood and finished with 10 coats of varnish.  Thanks to the efforts of the group that funds the preservation of the lodge, the Thunderbird yacht has recently been returned to its original home.

Late in life, George Whittel became very reclusive and avoided contact with any people not already in his house.  As a result he did not want any development on his massive holdings of land on the shore of Lake Tahoe.  Through his need for privacy and seclusion, most of this land was eventually sold or given to either the State of Nevada or the National Forest Service so he is credited with preserving the unspoiled beauty of much of Lake Tahoe’s eastern shoreline.

This was a super fun and interesting tour.  We left the dock at Round Hill Pines Beach at 9:00 am and returned about 2:00pm.  In addition to the tour of Thunderbird Lodge, the boat trip was scenic, relaxing and informative.  Imagine this:  each day about 0.1 of an inch of water evaporates from the surface of Lake Tahoe.  This represents 1.4 million tons of water being evaporated each day.

A few days later, on August 20th, we left Tahoe, having enjoyed a terrific summer at the lake.