We have visited approximately one-half of the state capitol buildings in the United States, however, until now we had not made the effort to visit the California Capitol.  During our summer visit to Lake Tahoe, we took a short “vacation” to the San Francisco Bay area.  On our way to the bay, we stopped in Sacramento to tour the Capitol. 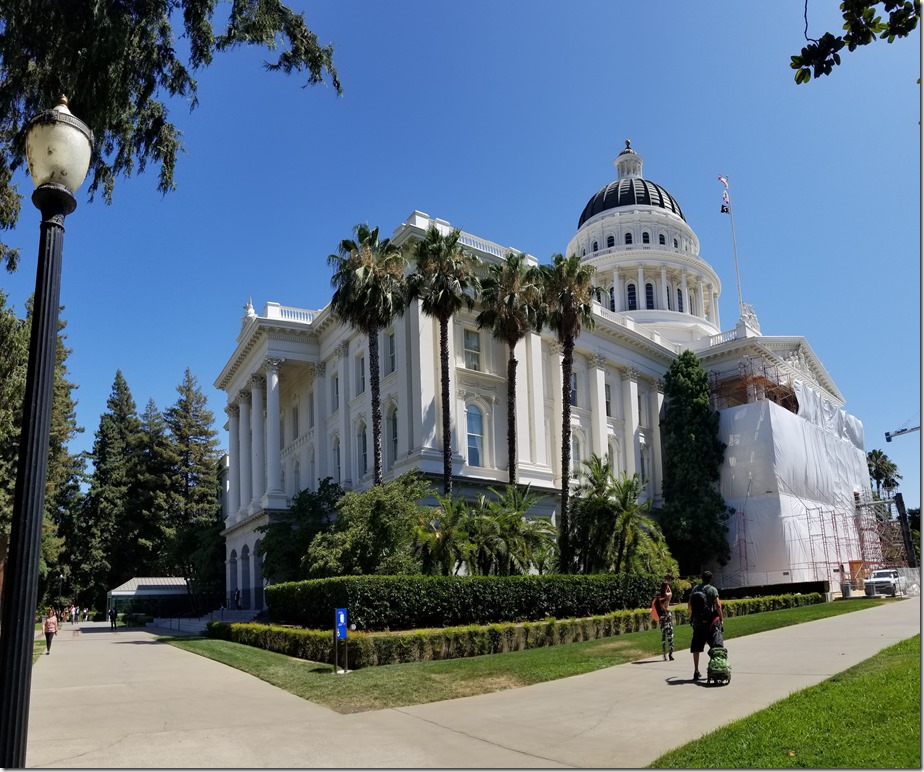 The Capitol was built between 1861 and 1874.  The House and Senate chambers are fashioned after the British House of Lords and House of Commons.  Even though Sacramento is very close to the area where the discovery of gold set off the California Gold Rush, there is surprisingly little gold to be found inside the building.  This is mostly because of the massive overrun in the building cost.  The original budget of $500,000 was exceeded by 5 times, coming in at about $2.5 million.  This required some compromises as the building progressed.

Ronald Reagan was California’s 33rd governor, serving two terms beginning in 1967.  Then in the 1980 presidential election he was elected and went on to serve two terms as President of the United States.  The 38th governor of California was Arnold Schwarzenegger, serving from 2003 to 2001.  He first came to the office in a special election to complete the term of Gray Davis whose election had been recalled.  Then in 2006, Schwarzenegger was elected to another term.