For our visit to the Florida Keys we chose to locate in Marathon which is more or less midway through the keys.  We parked at Jolly Roger RV Resort which is on the Gulf coast of Grassy Key. 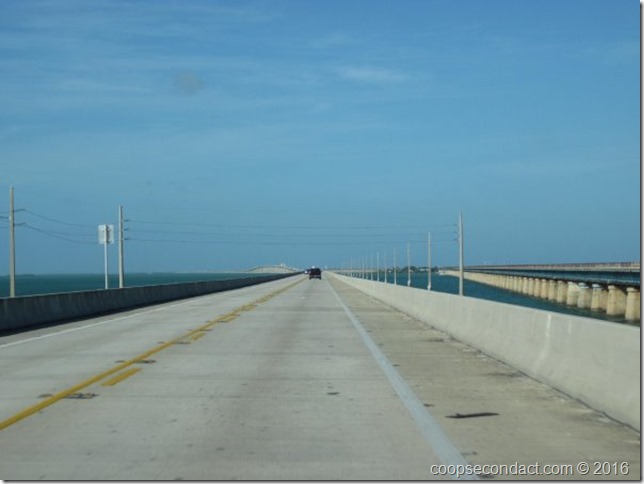 The Florida Keys are technically not islands since they are the result of the ocean levels receding over the past 100,000 years and exposing the tops of fossilized coral formations.  The keys extend from just off the coast of Miami for approximately 120 miles in an arc that curves to the west.

Over the period of about a week extending into our time in the keys, South Florida was under the influence of some tropical weather that brought wind and frequent rain showers.  Weather forecasters gave this weather pattern a zero chance of forming into anything dangerous but it was certainly disruptive.  The rain was not constant but would come many times throughout the day and night and could be intense for short periods.

We spent one of these rainy days on a most enjoyable visit to the Dolphin Research Center.  The DRC was formed to provide rehab to injured dolphins and has evolved into a not-for-profit education and research facility.  In its earliest incarnation in the 1950’s, the founder was considered a pioneer in dolphin training.  The TV show “Flipper” was filmed on-site here and starred 5 of his dolphins.

During the day there were several sessions showcasing the training being done here.  Some of the dolphins were born here and will live their lives here.  Others were brought here for rehab and were kept because they were deemed to be unfit to return to the open ocean.  During the sessions they also provided interesting facts about dolphins.

Dolphins are not born with innate skills needed for hunting or for survival.  They must be taught these skills by their parents.  So if they don’t get these skills for some reason they cannot survive in the wild.  Dolphins learn mostly by imitation.  So at DRC they usually train the dolphins in groups so that they can imitate actions performed by the others.  Part of their training is termed “medical” training, i.e., training behavior that allows for examination and treatment.  During one session, they needed to perform an ultrasound examination on one of the dolphins so when instructed to do so, the dolphin laid still on top of the water while the technician performed the examination.

The next day we took a bike ride on the Florida Keys Overseas Heritage Trail, a bike trail intended to stretch the length of the Keys although portions of it have not yet been completed.  We rode on the Grassy Key segment along with some side trips. 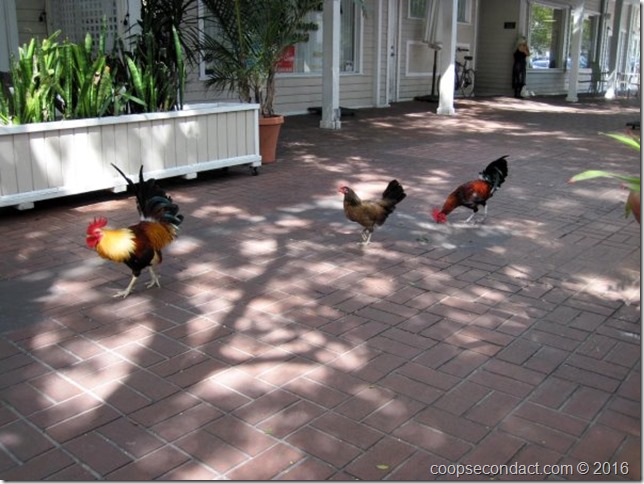 Finally, we drove the remainder of the Overseas Highway to the end in Key West.  Key West is the end of the line, the southernmost point of the United States.  It’s brash and quirky and interesting.  Home to the Audubon House, Ernest Hemingway House, The Little White House, wandering chickens and the original Margaritaville.  The Harry S. Truman Little White House became the winter home for President Truman when doctors recommended a warm vacation.  It was used by several other presidents including Eisenhower and Kennedy.  The house was originally built as officer’s quarters on the grounds of the submarine base naval station.