It was a short drive for us to relocate to Northern Virginia to continue our visit with Valerie’s sisters.  Here we parked at Bull Run Regional Park, a large community park with huge open areas, large picnic pavilions, a waterpark and a nice wooded campground.  It is located in Centreville, VA, just off I-66 about 30-40 minutes west of Washington, DC.

First order of business was to meet and have dinner with Paul Malachowski and his girlfriend Rebecca.  Paul and I worked together here in Northern Virginia back in the late ‘70s and early ‘80s.  In the latter of those years he and I left our employment and formed a partnership to develop software for the relatively new Apple II computer.  It was a fascinating experience in those pioneer days for the fledgling personal computer market.  It was a real treat to see Paul and share about those experiences.

Next up, we drove over to the Potomac River and parked at Chain Bridge.  This bridge, which connects Arlington, VA, and Washington, DC, derives its name from its construction as a chain suspension bridge in the early 1800’s.  We walked across the bridge and walked south on the C&O Canal towpath.  This pathway runs alongside the 185 mile canal which parallels the Potomac River from Washington north to Cumberland, MD.  In addition, I wanted to visit Theodore Roosevelt Island.  I don’t recall ever going there during the time I lived in Northern Virginia so we drove there and walked onto the island.  It’s a small island in the Potomac River just offshore from the Georgetown area of Washington, north of the Key Bridge.  For many years it has served only as a home for a memorial to the 26th President of the United States, Theodore Roosevelt. 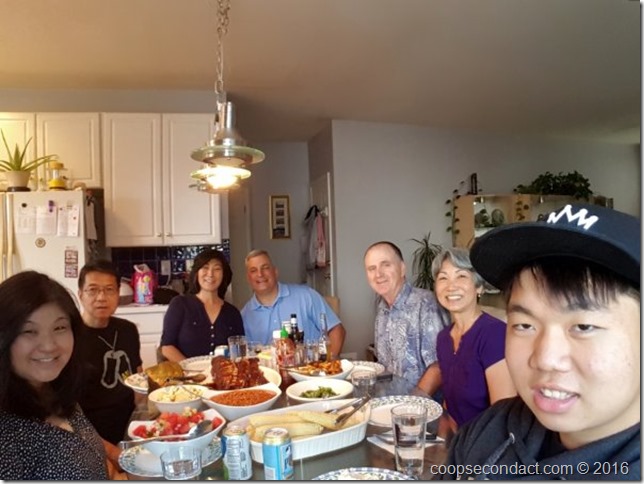 We spent most of the Labor Day weekend with Valerie’s sisters, Cyndie and Jenni.  We had a grand time with some terrific food and fun times.  We’re so grateful for their hospitality.