This stop put us in the upper central Delmarva peninsula.  If you’re not familiar with this name, it is a peninsula that includes pieces of Delaware, Maryland and Virginia.  Delaware has the east side with the Delaware River and Delaware Bay separating it from New Jersey.  Maryland occupies the west side with the Chesapeake Bay alongside and Virginia snagged a piece of the southern tip.  From here we made day trips to Dover, DE, St. Michael’s, MD, and Rehoboth Beach, DE. 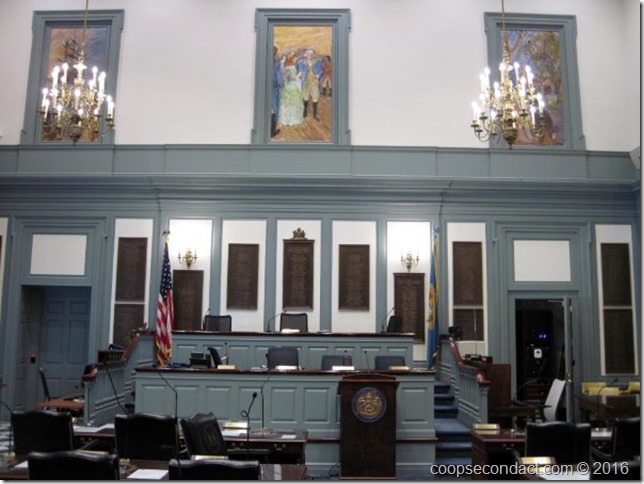 Dover is the capital of Delaware and the state calls itself “The First State”.  This is because it was the first state to ratify the newly written Constitution of the United States.  This took place in Dover, more specifically at the Golden Fleece Tavern which is located on what is known as The Green, a square of land that formed the nucleus of the city.  Dover became the capital due to necessity during the Revolutionary War when the British took control of Wilmington which had served as the capital.  Even though they had been planning to move the capital this situation moved up the timetable.

In Dover, the First State Heritage Park encompasses the current state house, Legislative Hall, the Old State House and many other notable historic buildings, many of which can be toured.  The Old State House hosted the state government from1792 until the new state house was built in 1933. 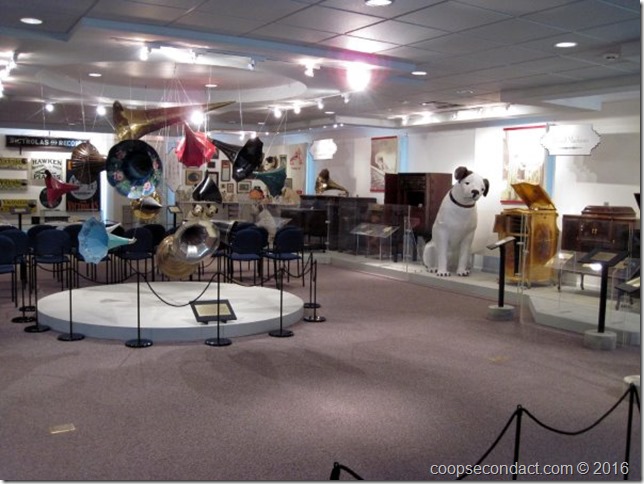 One of the very interesting museums here is the Johnson Victrola Museum.  This museum features the accomplishments of Eldrige Johnson who was from Delaware and who very successfully manufactured and marketed the Victor and Victrola record players and recordings.  You know the one with the white dog with black spots sitting in front of the horn with his head cocked to one side?  That dog was a real dog named Nipper.  Starting in 1901 with 10 employees this company produced a steady procession of new models with players at many different price points, growing the company to some 10,000 employees.  The Victor players had the big horn which projected the sound.  When the “speaker” became integrated into the cabinet, the name for these players was changed to Victrola.  Johnson sold his company to RCA in 1929 for $155 million.  This museum has assembled a wide variety of players and approximately 50,000 recordings which were originally pressed between 1901 and 1929.

Going in the opposite direction, we drove southeast to the town of St. Michaels, MD.  It is a very nice village on the Chesapeake Bay and is clearly designed to attract visitors.  We also chose here to sample the Maryland soft crabs.  We had them in two of the traditional ways:  fried on a sandwich and sauteed on a plate.

On another day, we took a different direction, southeast to the Delaware beach towns of Lewes and Rehoboth Beach.  Lewes holds a special place in Delaware history since it was the site of one of the very earliest settlements for the state.  In addition, they successfully repelled an attack by the British Navy in the War of 1812. 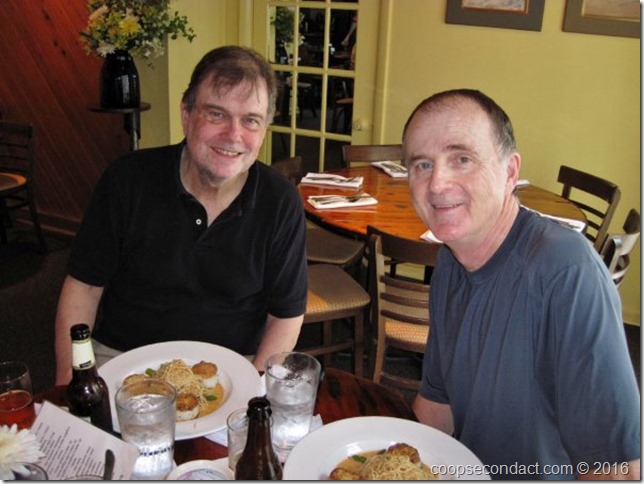 Our visit to Rehoboth Beach was primarily to have lunch with a friend that I had not seen for many years.  Steve Daly is someone that I worked with when I lived in Northern Virginia in the late 1970’s and early 1980’s.  Yes, we worked together but, along with a small group of other co-workers, we also became very good friends and socialized extensively during that time.  It was very special to have this opportunity to reconnect with Steve.