Pomona is in southern New Jersey close to Atlantic City.  Parking here gave us the opportunity to visit the New Jersey coast and, with a little longer drive, Philadelphia.  We also had some down time including some time to replace the motor on the windshield roller shade. 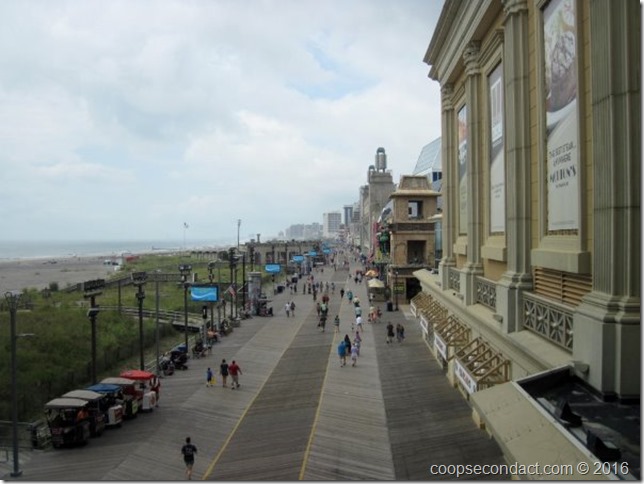 We don’t really have much interest in gambling these days but we felt obligated to at least walk the iconic Atlantic City boardwalk.  We were there on one of those east coast hot and humid days so it was nice to be able to duck into one of the casinos to bask in their air conditioning and take a break.

With the routing and timing we have set for ourselves this was our best opportunity to visit Philadelphia.  As time goes on, my enthusiasm for cities has become less and less but Philadelphia has played such a significant role in our country’s history that we wouldn’t consider bypassing it entirely. 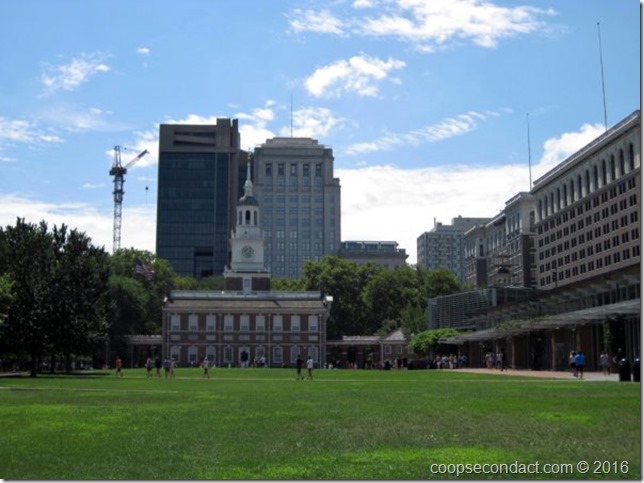 Adopted home of Benjamin Franklin, one of the New World’s largest cities, one of the first to have paved streets and site of the signing of both the Declaration of Independence and the United States Constitution.  Philadelphia was definitely the place to be during the colonial period.  We took a walking tour that covered many of the important sites in the historical section of the city.  Elfreth’s Alley is a narrow street with row houses that are the oldest continuously occupied residential dwellings in the US.  The opening of the first United States bank in Philadelphia following the revolution was a major milestone.  Up to that point each of the colonies had their own currency and in many cases these currencies were considered to be worthless.  Opening this bank provided a better structure for repayment of debt incurred by the colonies during the war.

And then there is Independence Hall, Franklin Court, the Gravesite of Ben Franklin, the Philadelphia home of George Washington while he served as President of the United States and, of course, the Liberty Bell.  This cracked bell became a symbol for freedom, liberty and even human rights around the world.  It was housed in Independence Hall until 2003 when the Liberty Bell Center was built to provide a better viewing experience.