This Utah state park (pics) is located between Arches National Park and Canyonlands National Park.  It sits on a mesa that is on top of a narrow peninsula, 2000 feet above a gooseneck in the Colorado River.  Millions of years of erosion have resulted in immense vertical cliffs and spectacular vistas. 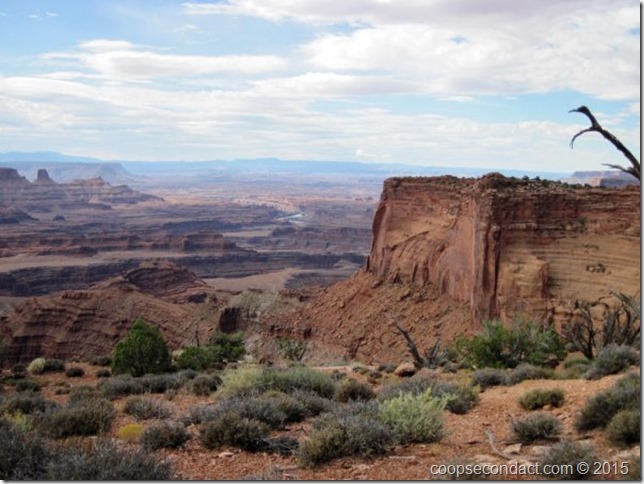 The name, Dead Horse Point, comes from a time in the 19th century when cowboys used this peninsula as a natural corral.  The “neck” of the peninsula is only 30 yards wide with sheer drops on both sides.  They would round up wild horses and herd them onto the point and then fence the neck trapping the horses.  For unknown reasons, on one occasion the horses were abandoned and allowed to die due to lack of water.

By the way, this was the location used for the final scene in the movie, “Thelma and Louise”.