Upon leaving Lyon, we adopted a new mode of transportation, driving a car.  For the following 9 days we plan to be exploring central and western France, specifically the Loire Valley, so a car is the best way in which to get around to see the many sites in this part of France.  Before leaving the US, we went to the AAA office and obtained an International Driving Permit which requires nothing more than presenting your US driving license, getting a photo made to attach and paying a fee.  However, this is a necessary item when renting a car in most countries.  So from Lyon, we pointed the Renault Twingo towards Dijon (pics) by way of Macon. 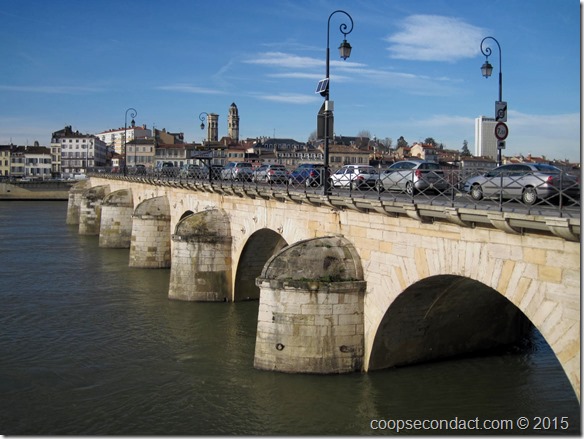 Macon is at the northern portion of the Beaujolais region of France.  This region is known for its fruity red wines and probably most known for the Beaujolais Nouveau which is uncorked at the tender age of just six weeks and is the star of a big celebration that takes place in late November. 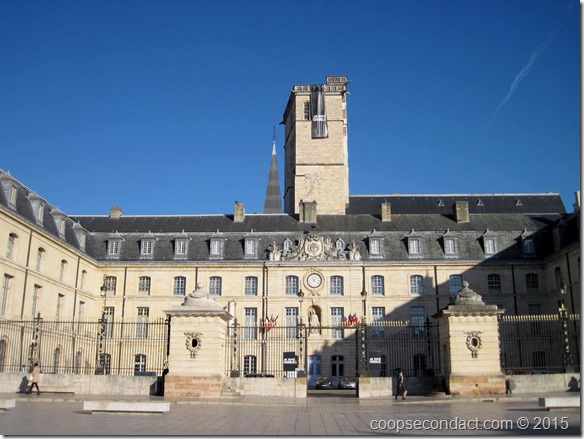 Just up the road, home of the Burgundy region is Dijon, one of France’s most appealing cities.  And, yes, it’s that Dijon, of mustard fame.  It served as the duchy of Burgundy from the 11th to the 15th centuries so boasts the Palais de Ducs et des Etats de Bourgogne, the sprawling palace that overlooks Place de la Liberation. 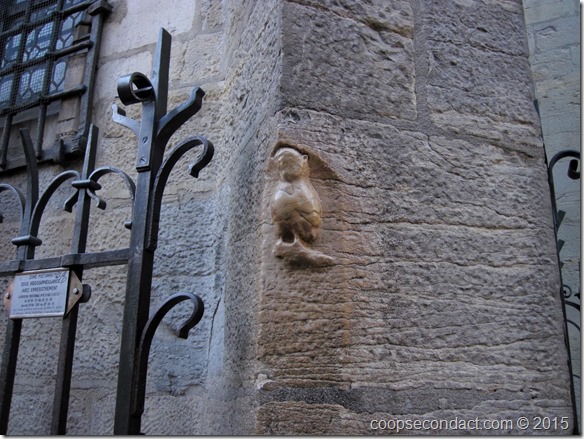 Dijon also has Eglise Notre Dame which has an extraordinary façade with 3 tiers lined with gargoyles separated by two rows of pencil thin columns.  Alongside the north side of the church is rue de la Chouette named after the small stone owl carved into the exterior corner of one of the chapels.  This owl, or chouette is said to impart happiness and wisdom to those who stroke it.  Well, at least I feel happy.