Along the northern coast of California, the Redwood National Park in addition to three California State Parks combine to preserve 133,000 acres of coast redwood forests plus scenic coastline, prairies and streams.  The parks lie along the coast north of Eureka, CA, to Crescent City, CA.

The coast redwoods are the tallest trees on earth, some growing up to 379 feet and live up to 2,000 years.  If you were standing atop a 30 story tall building this would put you among the tops of these magnificent trees.  They can achieve a diameter of up to 26 feet so although they are the tallest, their cousin, the Giant Sequoia are the world’s largest trees due to their greater girth.  Walking among these trees leaves you with a constant sense of awe and amazement. 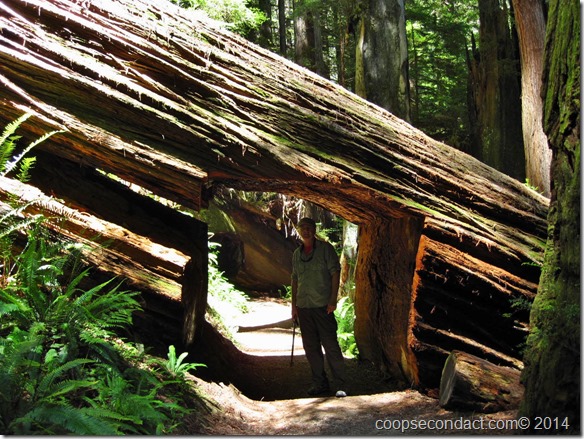 California’s second largest river, the Klamath runs through the park and the Klamath River Overlook provides a terrific view of the mouth of the river where it meets the Pacific Ocean.  There is a pod of grey whales that tend to linger in this area during their twice yearly migration.  We were able to observe them as they surfaced very near the coast.