Earlier in our road trip, we had the opportunity to visit the Rio Grande River Gorge Bridge which is the seventh highest bridge in the US at 660 feet above the riverbed.  This bridge is located near Taos, New Mexico.  This caused me to check out the other bridges higher than this one and found that our route would take us near the New River Gorge Bridge which is the third highest towering 876 feet above the New River in West Virginia. 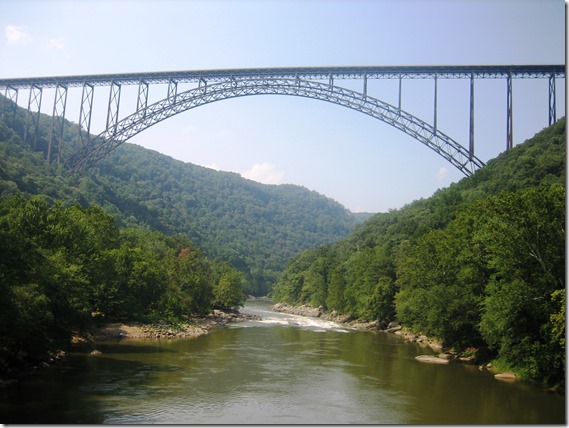 In order to get to the bridge, we diverged from Interstate 64 just east of Charleston and followed Highway 60 across the Appalachian Mountains.  We had been driving in rain most of the day and as we reached the bridge, the clouds were heavy and fog was swirling around the bridge making visibility less than ideal.  Also, due to recent weather conditions the walkway that would have given us a better view of the bridge was closed.  I have borrowed the above photo from Wikipedia since the weather interfered with our pictures.  The pictures below are ours. 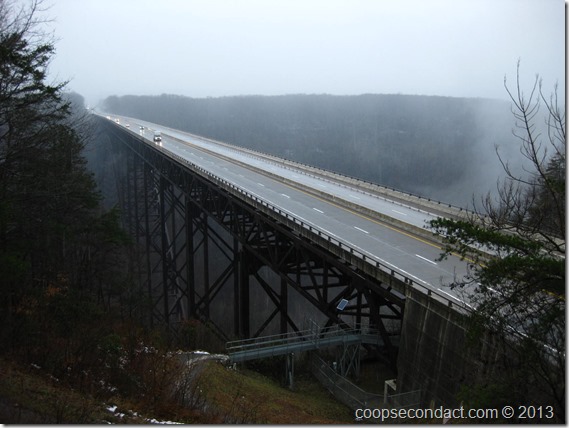 When it was completed in 1977, this bridge was the world’s longest single-arch steel span bridge, 3,030 feet total length with a main span of 1,699 feet.  This record has since been surpassed by three other bridges. 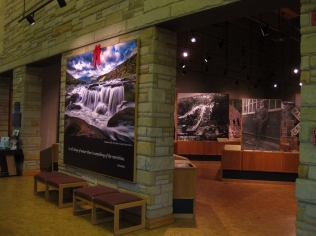 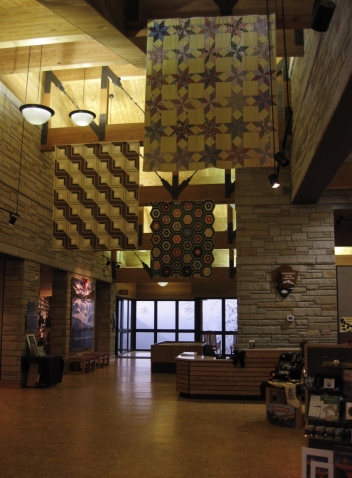 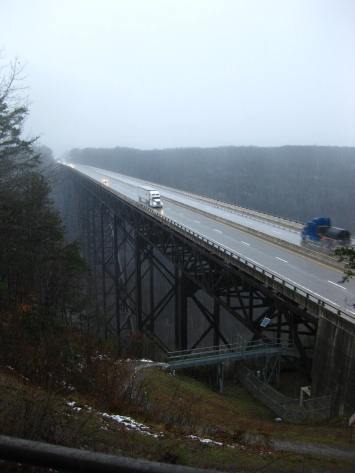 When we continued our trip through the mountains, the rain turned to snow.  As we made our way east the snow became quite heavy and piled up on the two lane road.  Just before dark we dropped down to a lower elevation and returned to mostly rain for the remainder of our drive to Lewisburg, WV.