OK, so it doesn’t have the same ring as “Back in the USSR”, but we’re beginning our South America trip with a return to Ecuador.  We enjoyed our visit here back in 2011 and wanted to revisit, especially the Pacific coast, around the town of Canoa.  However, first we had to make the trip to Quito.

It began inauspiciously on April 16, the day we were scheduled to leave from LA International Airport.  I heard on the news that American Airlines, the carrier we were booked on, was experiencing a nationwide outage in some of their computer systems and was asking for all of their flights to be grounded until it was resolved.  We were scheduled to leave at 4:15pm.  We went ahead to the airport when we had planned to since you can’t really tell how these things will turn out.  I could see that the inbound flight that would become our flight was en-route and would arrive about 2 1/2 hours late even though they still showed our flight departing on time.  You got to love how they keep you in suspense.

When we got to the airport we were able to check in using their kiosk but they wrote our luggage tags manually.  Our flight left LA about 2 1/2 hours after the scheduled time.  We had a connection with another airline, TACA, in New York and then on to Quito.  We had no problem with our connection since there was a substantial time cushion built in.  When we arrived in Quito, our luggage did not come off the carousel.  We each checked one bag and neither one made it.

We were able to find someone to take our report of missing luggage, in Spanish.  Hey, maybe that Rosetta Stone has paid off.  My guess is that the luggage didn’t make the transfer in New York from American to TACA.  Once our 2 bags were checked in, they no longer have any connection to each other.  They were just 2 suitcases among many.  However, how many people were connecting from the American flight to the TACA flight in New York.  Probably not many and it’s a key element that our two suitcases have in common. 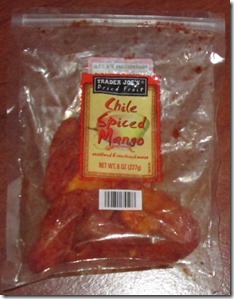 At any rate we’re hoping for the best since we’re planning on traveling around South America for the next 4 months.  I don’t think the one set of clothing we have now will make it.  Not to mention, Valerie’s supply of Trader Joe’s spicy mango is in her suitcase.  Now that’s serious.

8 thoughts on “Back in Ecuador”