How does this relatively small Mexican city (photos) attract some estimated 12,000 ex-pats, mostly American?  In 1938, the Escuela de Bellas Artes was founded and offered mural painting courses.  This attracted other types of artists and in 1951, Instituto Allende opened and attracted many foreign students.  Once you get artists, you get art galleries, fine restaurants and boutique hotels.  Property values, particularly in the historical center of San Miguel are very high with many of the restored colonial houses selling for many millions of USD. 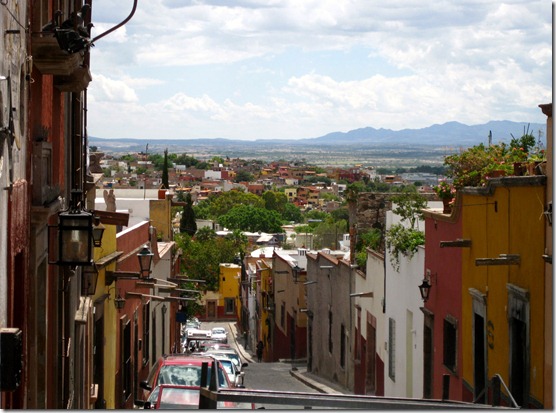 But you can still find a sense of Mexico and its people here.  It hasn’t been completed eliminated.  We were fortunate to be here during one of their most valued traditions, Fiesta de los Locos, that’s right, Party of the Crazies. 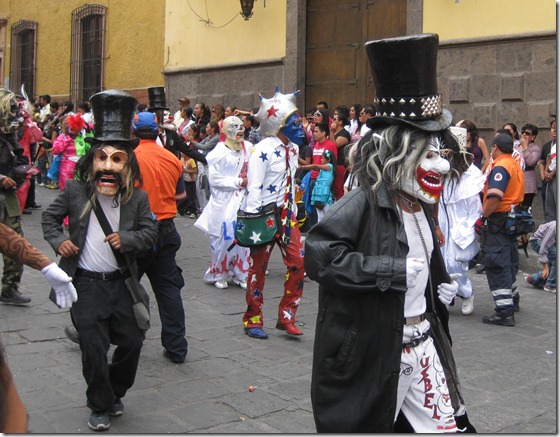 This festival dates back to the 1800’s when orchard workers danced to give thanks and ask San Pascual Bailon for a prosperous harvest.  The modern day parade derives from this dance.  The worker’s dance began to attract onlookers who would crowd the dancers.  Some of the older celebrants began to disguise themselves as scarecrows to keep them at a distance so the children would have room to dance.  They would also bring small, wild animals to scare the crowd.  As a result, the people began to call them “locos”. 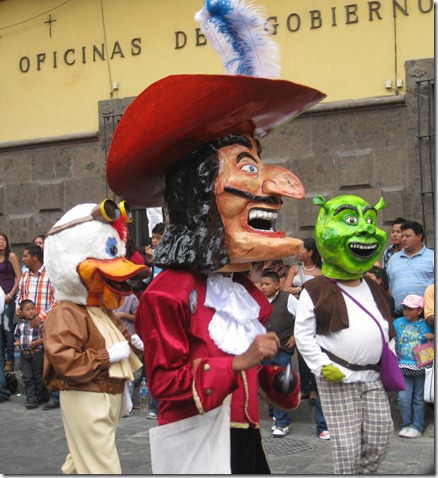 The parade features costumed monsters, clowns, men dressed as women, Mexican politicians and cartoon characters with some large groups showing a common theme, such as the Avatar group.  They dance, play music and throw candy into the crowds along the parade route.  To us it appeared that the entire population of San Miguel was either in the parade or gathered along the streets to watch.  The parade ran for almost 3 hours.

San Miguel de Allende is a lovely and apparently very safe city that offers a level of artistic, cultural and culinary sophistication not found in other Mexican cities of this size.  This is why the foreigners continue to find it appealing.