At about 5:00pm, I was going out the the internet shop next door to use their “cabinas” to make a call to reserve a room for Banos, our next stop.  I saw the marching children in costume on the next block so I went back to get Valerie and told her to bring her camera.

The parade was to honor 51 hears of operation for their school.  There was a military marching band, beauty queens and 10 or 12 groups of children in different costumes, each with their own music and dance routines.

Each group had its own theme, costumes, music and dance.  These guys were doing Michael Jackson’s Thriller. 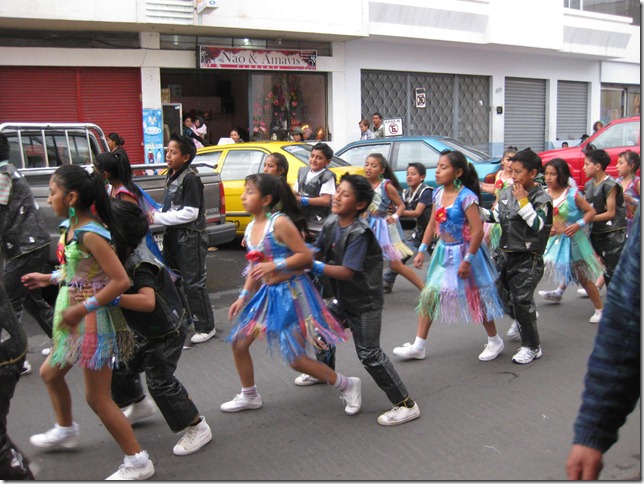 We had to watch out for the stampeding parents following along with their children’s group.

4 thoughts on “Parade in Riobamba”